How to Find the Doing That Arises from Your Being

"I am the greatest, I said that even before I knew I was." --Muhammad Ali 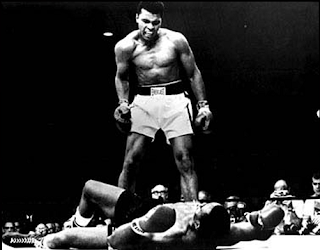 One of the best tests for figuring out if you're doing that which arises from your being is to modify Muhammad Ali's famous affirmation by saying out loud: "I am the greatest _____________ of all time," and fill in the blank with what you're doing right now. If this isn't really the doing that arises from your being, you probably won't even be able to finish saying this short sentence. And if you do finish it, the words will feel like bits of cardboard in your mouth.

If, on the other hand, the words roll off your tongue with fluidity and ease, you've found the right doing for you (and you probably already know that). Now, to achieve greatness in that doing, put aside any misplaced, misguided, culturally-induced sense of supposed humility you're supposed to harbor within your soul and say your own version of this affirmation as many times as you think of it throughout the day. Tinker with it to come up with your own wording to make it more personal to you, then make it your habit to think it and to say it as often as possible. Say it both to yourself and to other people. That's right, say it to other people. If you do, you will achieve greatness, guaranteed.
Read more »
at June 21, 2011 No comments:

Gracian Tells Good Looking People to Tone It Down 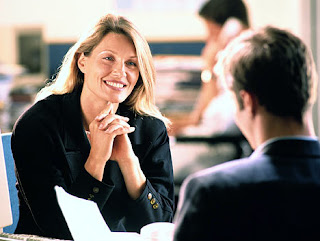 Here's an excellent article from Yahoo Finance on the efficacy of good looking people putting their photos on their resumés. It says that good looking men should include a picture, while good-looking women should leave theirs off. The reason: because young women are doing the resumé screening, that's why.

Gracian has some interesting advice for the good-looking as well, and it's more in line with the attached study's advice to women than to the men.

Put Being Before Doing in Job Search

A version of this article was originally published by Technorati on 30 March 2010.

According to Yahoo! hotjobs, nine occupations are still hiring, even in this recessionary period: Truck Mechanic, Physical Therapist, Special Ed. Teachers, Environmental Engineers, Healthcare, Nursing, Finance and Banking, Veterinary Techs, and Wind Energy Techs.
Investipedia.com's Bobbi Dempsey, the article's author, took her data from a wide variety of sources--including a couple of job search engines (Monster.com and Simply Hired), a nursing college, and an interview with Jeff Cohen, author of The Complete Idiots Guide to Recession-Proof Careers--to give people valuable leads in the search for their next job.
Now, juxtapose this bright, helpful information with a recent very gloomy forecast (also posted on Yahoo!, by the way) from Lakshman Achuthan of the Economic Cycle Research Institute (ECRI). Of the current employment picture, Achuthan says, "Forty percent of the unemployed are long-term unemployed. They've been unemployed for six months or longer."
These jobs, Achuthan says, are either "associated with the bubble that burst" or are in manufacturing. "So, those people are displaced. The recovery is happening. It’s very real, but the economy doesn’t want their skills for one reason or another."
According to Achuthan, they are permanently unemployable. He predicts a resultant elevated rate of unemployment for the foreseeable future. "[Unemployment] was down around four or five percent," he says. "Forget that! Forget it!"
Read more »
at March 30, 2010 No comments: